Living in Durham: Why Relocate to the Triangle’s Hottest City? 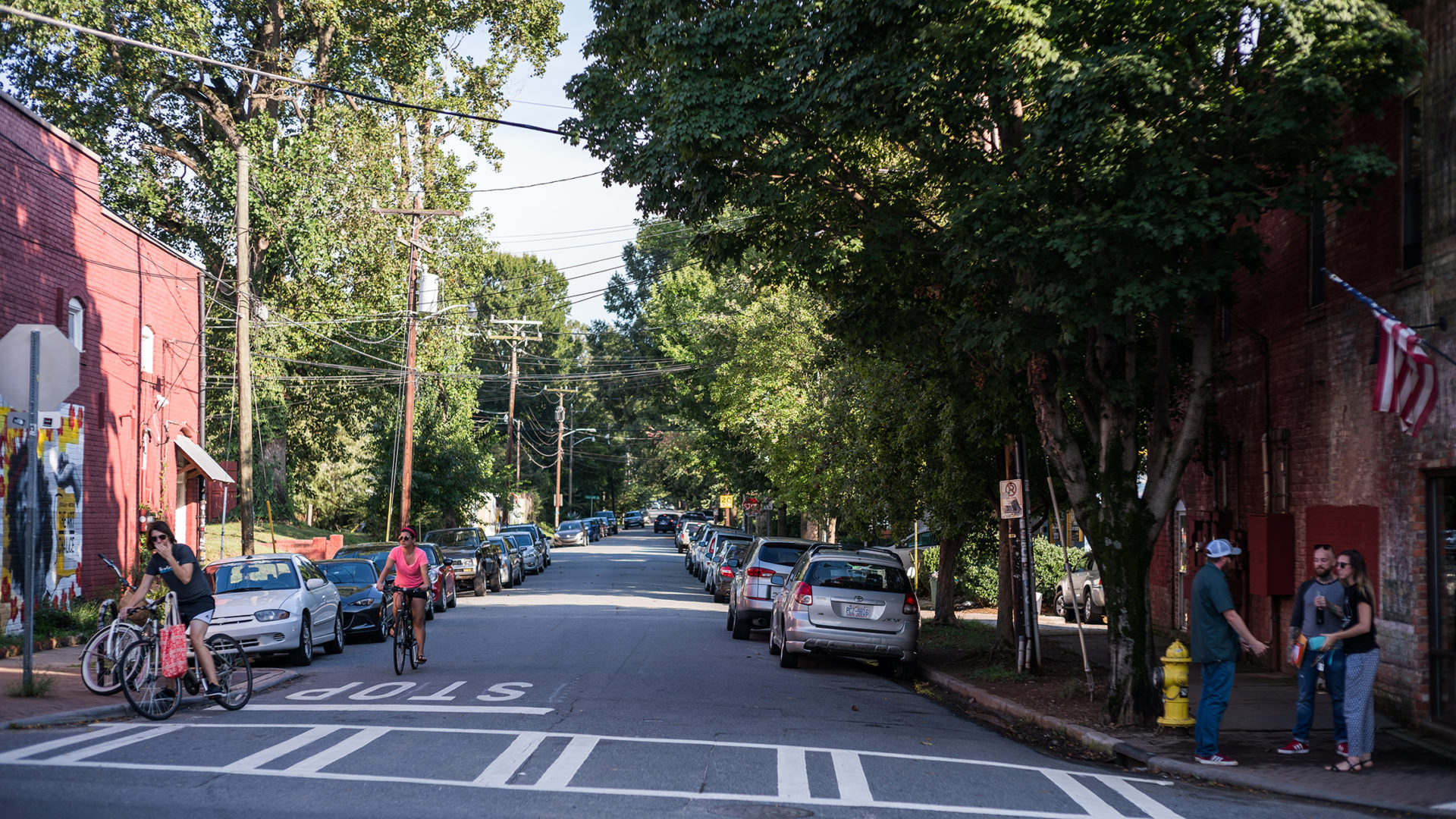 Did you know on average 188 people move to the Triangle every day? It’s not a surprise since the Raleigh Durham Chapel Hill area consistently ranks as one of the nation’s top places to live, work and raise a family. North Carolina has seen a significant increase in residents who have chosen to relocate from the west coast and northeast to a more cost and weather-friendly environment. Raleigh Durham is attractive to many thanks to its fruitful housing market, record low unemployment rate and exceptional education system. Forbes has ranked the “Old North State” as #1 Best State for Business and USNews awarded the Triangle as one of the 50 Best Places to Live in America.

So why should you consider moving to Durham, NC? Location, location, location. Durham has proven itself to now be the center of the Triangle area. While its sister city, Raleigh, remains the state capital, Durham is positioned as the hub of economic growth for the Triangle. Durham, or “Bull City” as the locals have coined it, has a location that places it equal distance to Raleigh, Chapel Hill, Cary and Apex. Any commute to the surrounding cities and towns is under 20 minutes. North Carolina is known for its Research Triangle Park (RTP) that strategically borders Durham and is a quick zip for business professionals. Companies throughout the world have chosen RTP as an ideal headquarters and research and development center. RTP holds the title as the world’s largest research center. Thanks to reputable hospitals, prestigious schools and RTP, cities like Durham continue to boast job opportunities by highly sought-after employers. North Carolina continues to see a rise in folks choosing to relocate to the Triangle for career opportunities that provide higher salaries and better long-term benefits.

Downtown Durham itself is considered THE startup hub of the Triangle. The “Silicon Valley” of the east coast is home to some of the most groundbreaking ideas in technology. American Underground made its debut in 2010 within the state’s largest historic renovation that involved flipping Lucky Strike’s cigarette manufacturing plant on the American Tobacco Campus into 1 million square feet of mix-use space for housing, retail and office. American Underground is home to local, regional and national startups that place them in the heart of Durham, which happens to be a major startup support system due to nearby universities fostering young entrepreneurs. Down the road from Durham is the state’s largest college, North Carolina State University, that claims an Entrepreneurship Major at the Poole College of Management as well as an Entrepreneurship Clinic that not only provides internships for students, but creates a space for young entrepreneurs to get a head start on their ideas while in school. Durham does not fall short of talent and opportunities and will continue to rightfully claim itself as the “Startup Hub of the South.”

The Raleigh Durham Chapel Hill area has been ranked as one of the most educated places in United States. The Triangle is home to some of the highest performing school districts nationally as well as prestigious universities. Duke University and NC Central are both nestled within Durham. The University of North Carolina at Chapel Hill, NC State, Meredith, William Peace University and Shaw University are all under 30 minutes from Downtown Durham, which makes living, working and attending class incredibly efficient for grad students and young professionals.

Finally, Durham is a growing haven for entertainment, sports, the arts and dining. The Durham Performing Arts Center (DPAC) is the Triangle area’s premier location for Broadway shows, big name concerts, standup comedians, world-renowned speakers and more. Durham is home to the minor league baseball team, the Durham Bulls, who practice and play at the Durham Bulls Athletic Park located in the heart of the city. Modern art galleries can be found sprinkled throughout the city, but the crown jewel of exhibits exists within the 21c Museum Hotel that houses several stories of thought-provoking original art as well as a boutique hotel with fine dining and cocktail bar. Durham is now the “Food Mecca” of the Triangle. Local chefs who saw the early potential of Bull City spearheaded the revitalization of the downtown area. Today, streets are lined with some of the tastiest and most highly praised restaurants in the Raleigh Durham area. Mateo Bar De Tapas, M Sushi, Pizzeria Toro and Dame’s Chicken & Waffles are just a few of the many options in Durham.

So are YOU ready to make the move to Durham, North Carolina? Our company has chosen to build in this wonderful city for the prime location that places our homeowners in the epicenter of prosperous living. Saussy Burbank also chooses areas that have unmatchable character and culture. Durham has proven to be a place that honors its history while respecting the future. McNeill Burbank is proud to be building in the 751 South community located in Durham, NC. View our available Durham homes HERE.