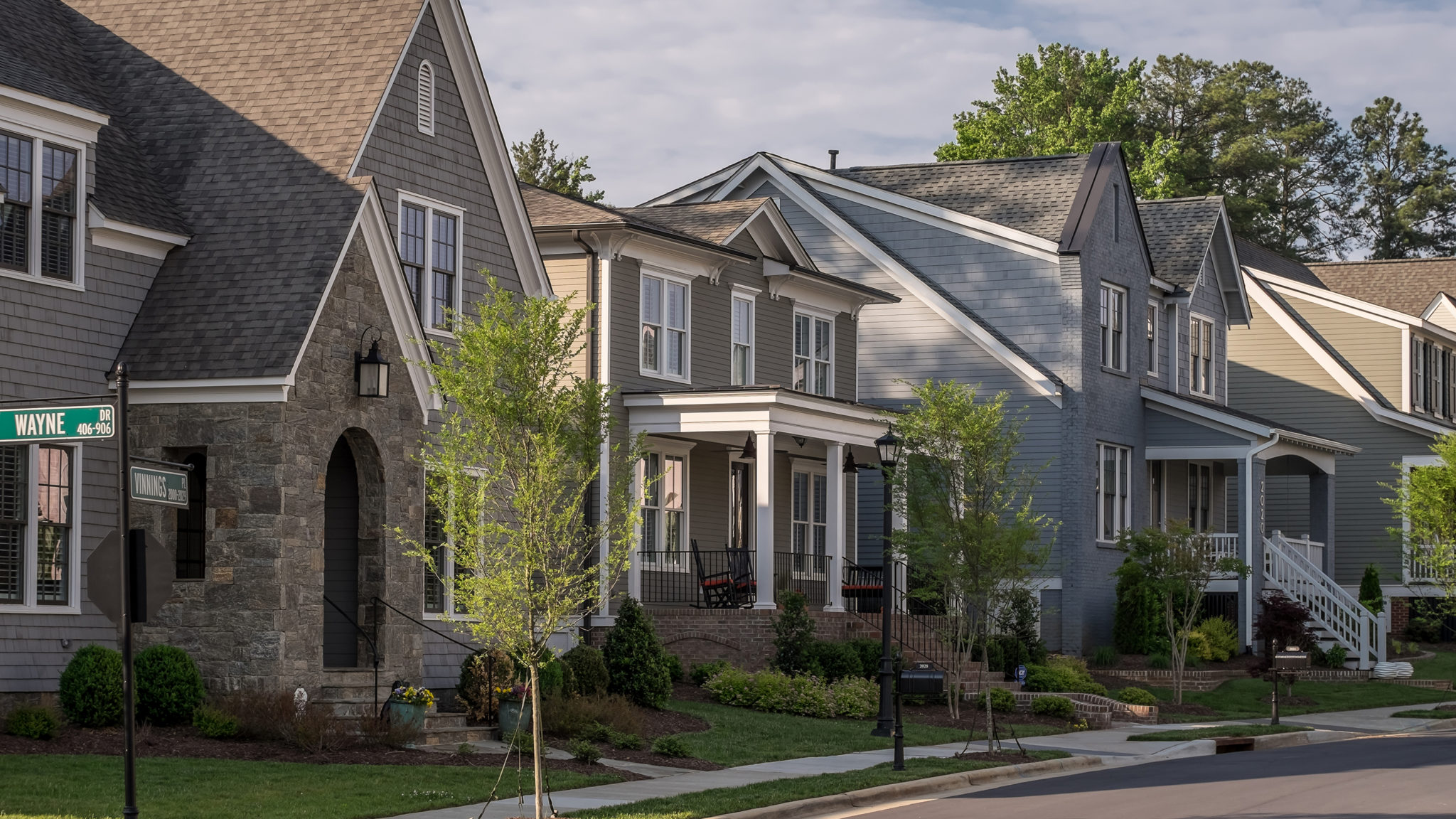 Looking to plant your roots in the city known as “The City of Oaks”? You’ll want to know the Best Neighborhoods in Raleigh to get you started. Here’s help.

If you’re driving around this capital city looking for the best places to live, you’ll notice that many Raleigh NC neighborhoods have greenery and parks. The city of just under 500,000 residents boasts more than 9,000 acres of parks and a 180-mile greenway system. No wonder it’s estimated to be welcoming 40 new residents daily.

The natural beauty isn’t the only reason for the population influx, though. As this roundup of best neighborhoods in Raleigh demonstrates, there are other great selling points. The city is home to technology companies, top academic institutions, and was Glassdoor’s #1 best city for jobs in 2015.

If you’re a young professional, downtown is probably one of the best places to live in Raleigh. The good news is that housing in the heart of the city is more affordable here than you’d find in Charlotte or Atlanta. You can find single family homes, townhomes or condos and also enjoy easy access to all the city has to offer right downtown.

For a historic feel, look at Oakwood. Dating back to the 1800s this area is home to restored Victorian homes and early-20th-century homes (Queen Anne to neoclassical and Craftsman). The Historic Oakwood preservation society offers candlelight home and haunted, twisted history tours of what it bills as “North Carolina’s largest intact 19th century residential neighborhood.” Located just east of downtown and historic cultural sites, this neighborhood is also just a short walk to city nightlife.

Five Points is aptly named for its cluster of five historic Raleigh neighborhoods (Vanguard Park, Hayes Barton, Bloomsbury, Roanoke Park and Georgetown). This central hub neighborhood features plantation-style estates, modest bungalows and cottages, and ranch homes — any of which might have a view of a city skyscraper. It’s an area to wander in as a new brewery, vintage or boutique shop, or gastropub is popping up every day.

Pullout: Founded in 1792 as the capital of North Carolina, Raleigh was named after Sir Walter Raleigh.

The fast growing North Hills is just north of Raleigh’s beltline (which refers to Interstate 440, for those not yet in the know). Once a far-flung suburb, this area is now sometimes called “Midtown.” The ranch-style homes of old are being renovated alongside townhomes, garden homes, and apartment complexes.

Although there are no ancient ruins straight out of Arthurian legend, the Stonehenge neighborhood is an established area with many single-family homes. With larger lots. The subdivision, originally founded in 1977, has Lake Lynn on one boundary and its watershed to the west. Some parts of the neighborhood fall within Raleigh’s city limits but others are in an unincorporated area of Wake county. A neighborhood association offers Bridge, Book, and Supper clubs, and hosts a Summer Cook-Out and children’s events.

Brier Creek, in northwest Raleigh, is an easy trip to the Research Triangle with smooth access to highways 40 and 540. Single family homes, townhomes, and condominiums are common in this newer neighborhood centered around the Brier Creek Country Club.

Pullout: Best cities near Raleigh, NC include Asheville for the mountains (241 miles), Charlotte for the big city experience (143 miles) and Wilmington, N.C. for the beach (123 miles). The nation’s capital is only 251 miles away too!

When it comes to family-friendly living, Niche suggests the suburbs of Raleigh, NC has great options. The Pittsburgh-based research site, which ranks more than 11,500 cities, towns, neighborhoods, and suburbs, gave A+ rankings to these top 6 spots:

Looking for a home amongst these best places to live near Raleigh, NC? We can help. McNeill Burbank builds new homes in select infill locations inside the beltway in Raleigh. We also have homes for sale in Chapel Hill, Hillsborough, Holly Springs and, Durham. Find out more!